The residence is situated on a 50 x 100 ft lot in a suburban neighborhood in West Linn, Oregon overlooking the Willamette River. Three equal bays characterize the street facade and establish the organizational logic of the house as they are subsequently repeated at 20 ft intervals. The result is a plan divided into nine equal sections that occupy the maximum 40 x 60 ft building perimeter. The repeating elements outline the three primary zones of the house— an entry, a garden, and a two-story living area. Specifically programmed spaces (the bedrooms, baths, laundry, kitchen, and mechanical areas) are located at the very back, or on the second level. Remaining is a series of well-proportioned spaces without prescribed functions.

A covered area occupies two of the bays facing the street and is treated like the other rooms of the house. Perforated steel roll-up doors are concealed in the structural sandwich of the roof and are located at both ends. Along with a large main entry that occupies the third bay, these rooms allow opportunity for transparency deep into the lot and offer an alternative to the ubiquitous suburban two car garage, but without rejecting its potential to function as such. Garage storage is reassigned to a freestanding metal shed that forms the only solid wall defining an interior courtyard. 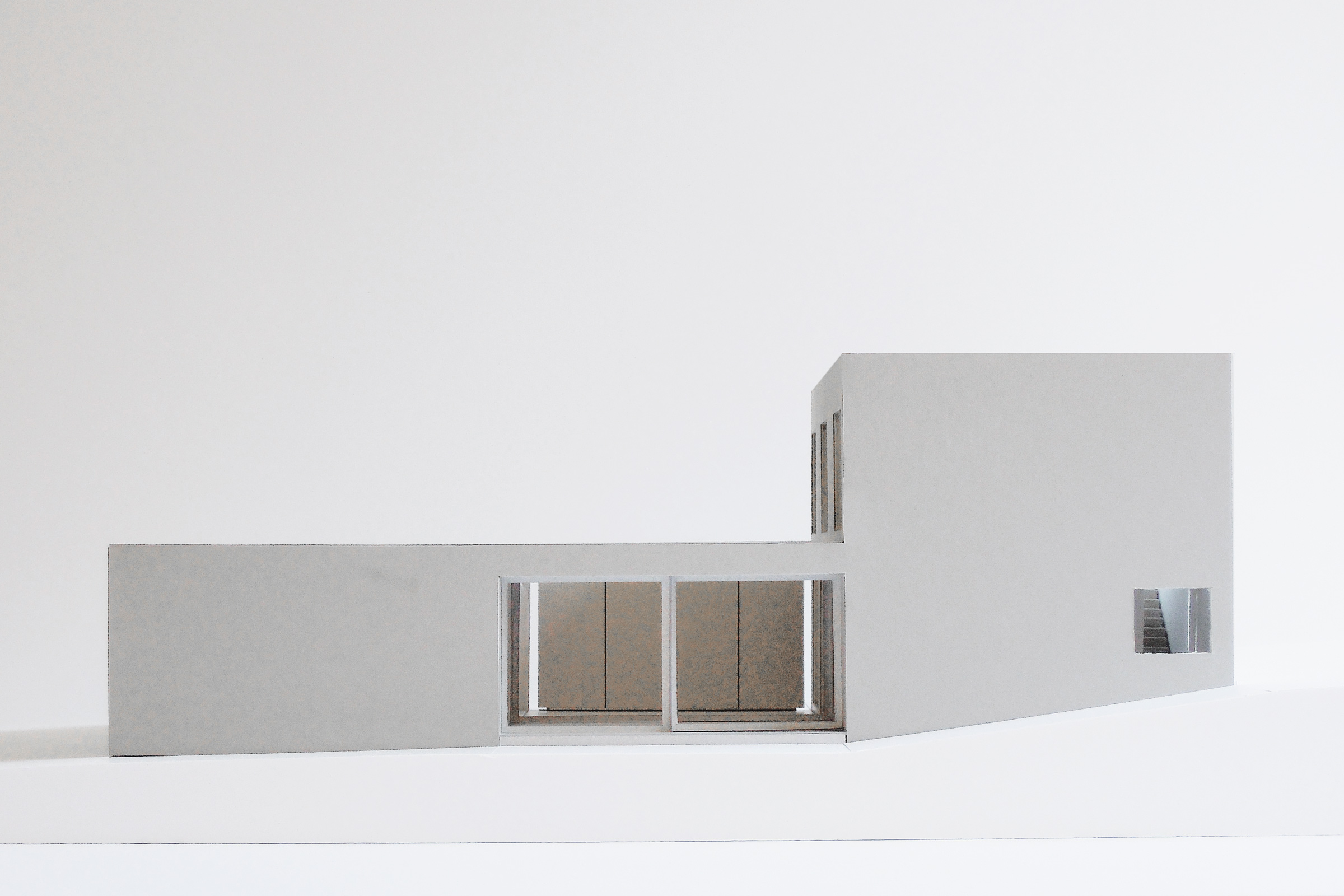 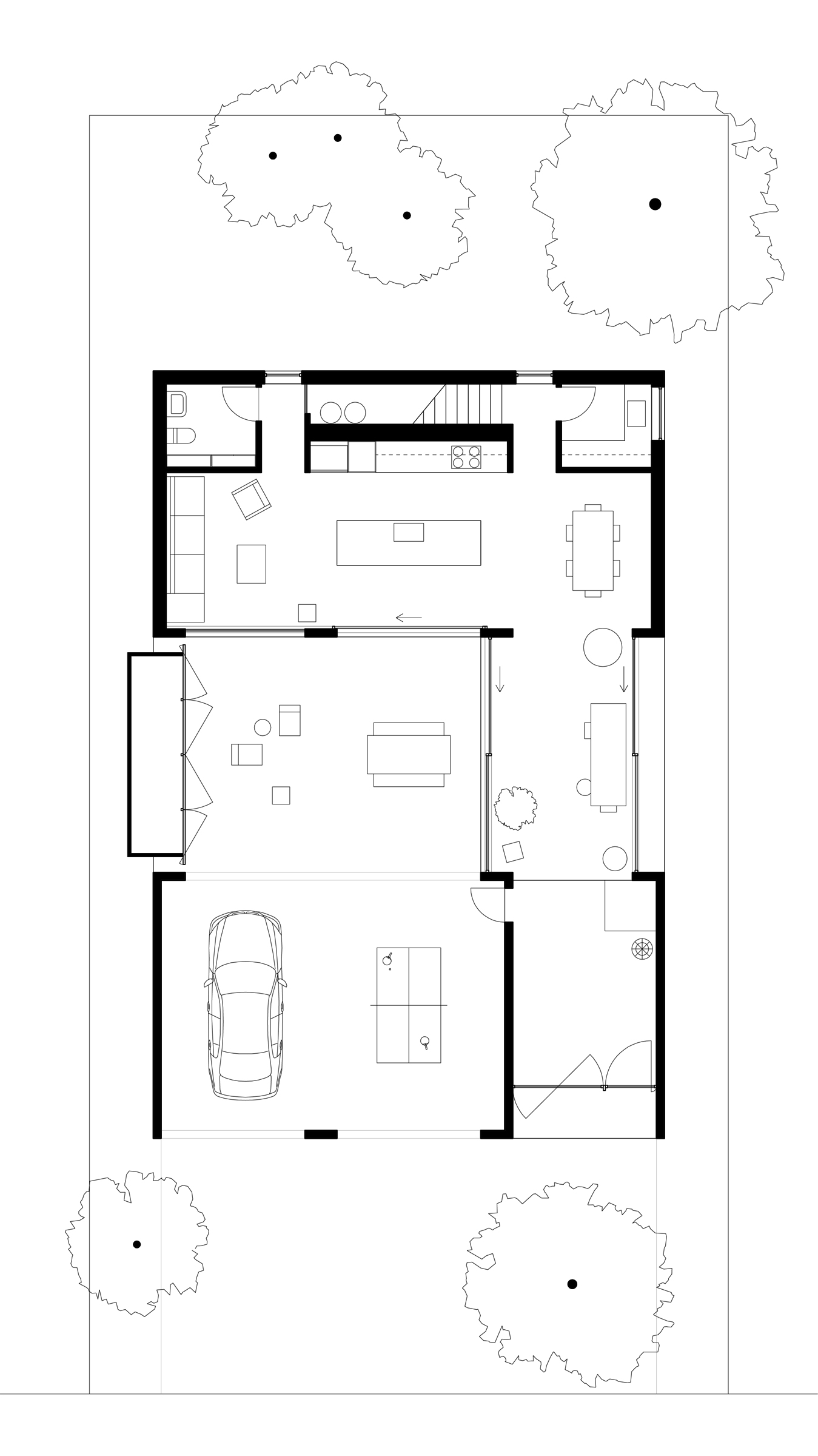 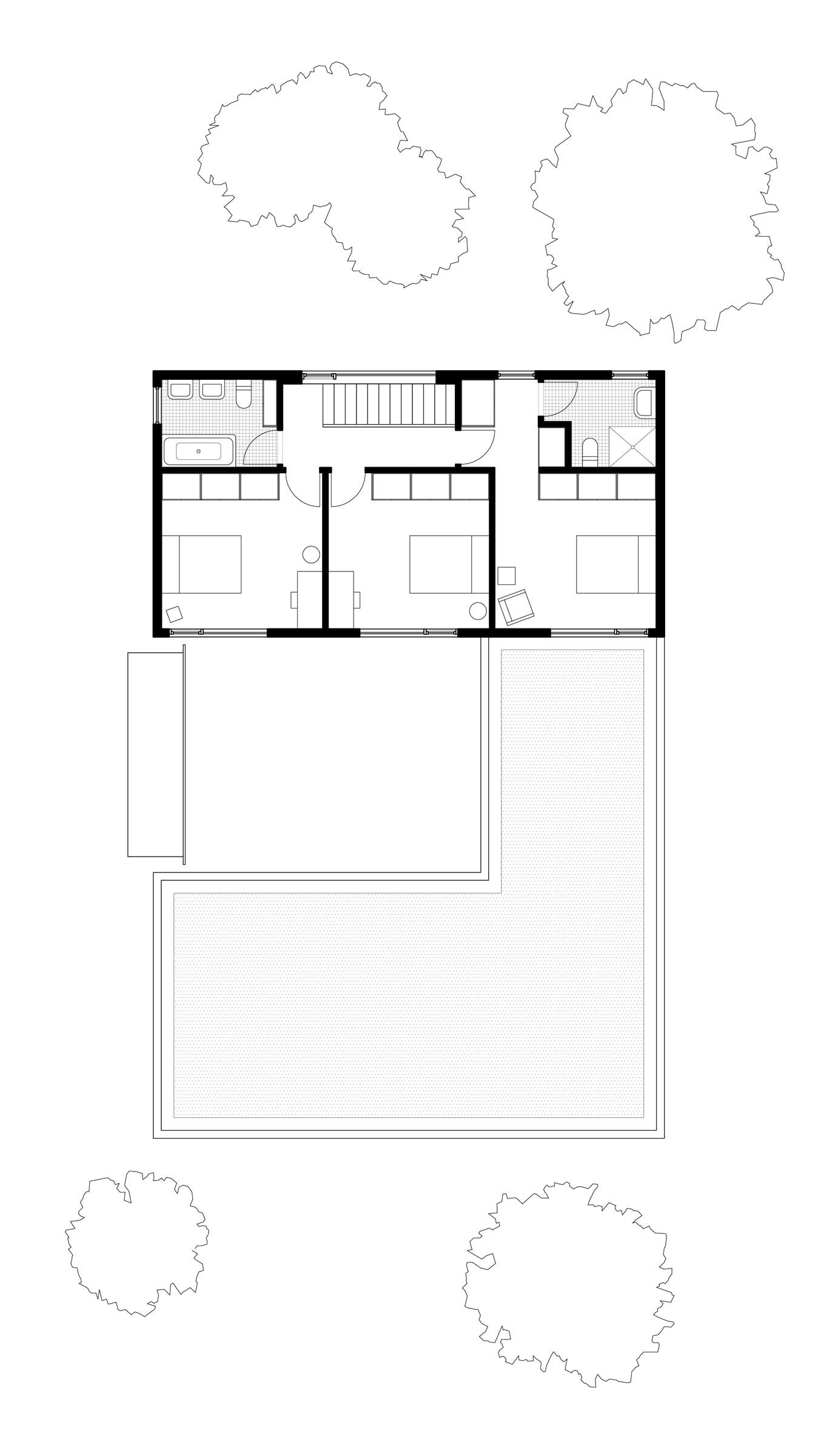