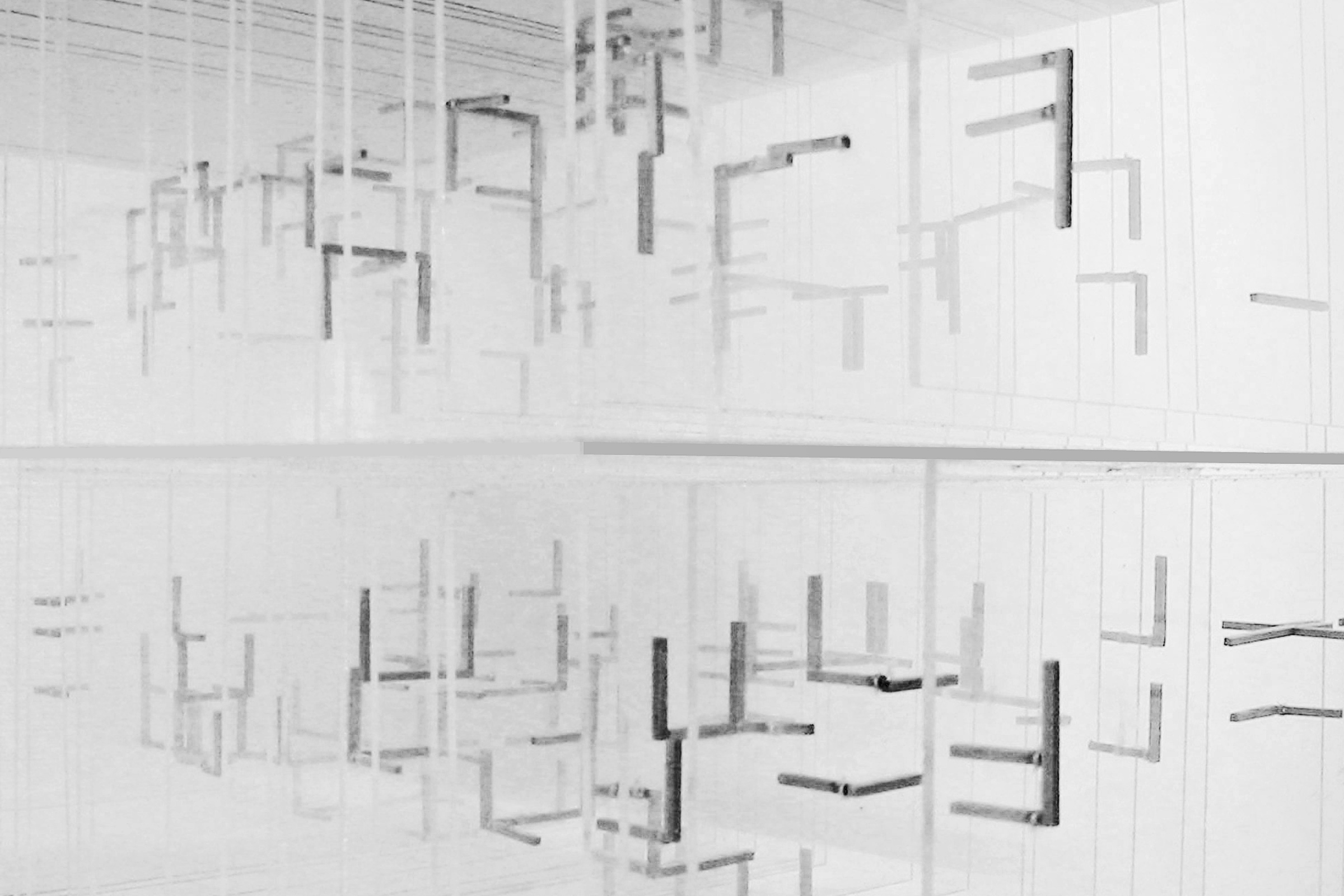 This study offers a spatial interpretation of Robin Evans’ famous essay, “Mies van der Rohe’s Paradoxical Symmetries” which describes Mies’ introduction of symmetry in the horizontal dimension. This plane, situated very close to eye level and nearly indistinguishable from the horizon line, creates symmetries as Evans’ notes, of an entirely a new order.

Using the Berlin Exhibition Pavilion from 1931 (completed two years after the Barcelona Pavilion), this project developed a didactic notational system for articulating the implied volumes of the work— those both hinted at and explicitly defined. The organization of the furniture was considered alongside the architecture of planes and volumes. Spaces that were clearly delineated were assigned greater amplitudes, while weaker implications of space were noted with lower amplitudes. A series of marks were used to call out the reinterpreted volumes and describe the originating corner conditions in the x, y, and z axes as required. Viewed from above, the projected plan of the model aligns with that of the pavilion.

The final result is a cloud of space that can be read from four distinct elevations and brings to the fore a matrix of volumes of various strengths. Instances where the ground, roof, or furnishings break from the horizontal plane of symmetry are evident in subtle interruptions of pattern in the otherwise mirrored halves of the cloud. In short, this study highlights moments of difference using symmetry and sameness as its measure.