10/12/20: The Divine House living room under construction. The interior rooms are clad entirely in 5″ wide white oak board and finished with a hardwax oil. 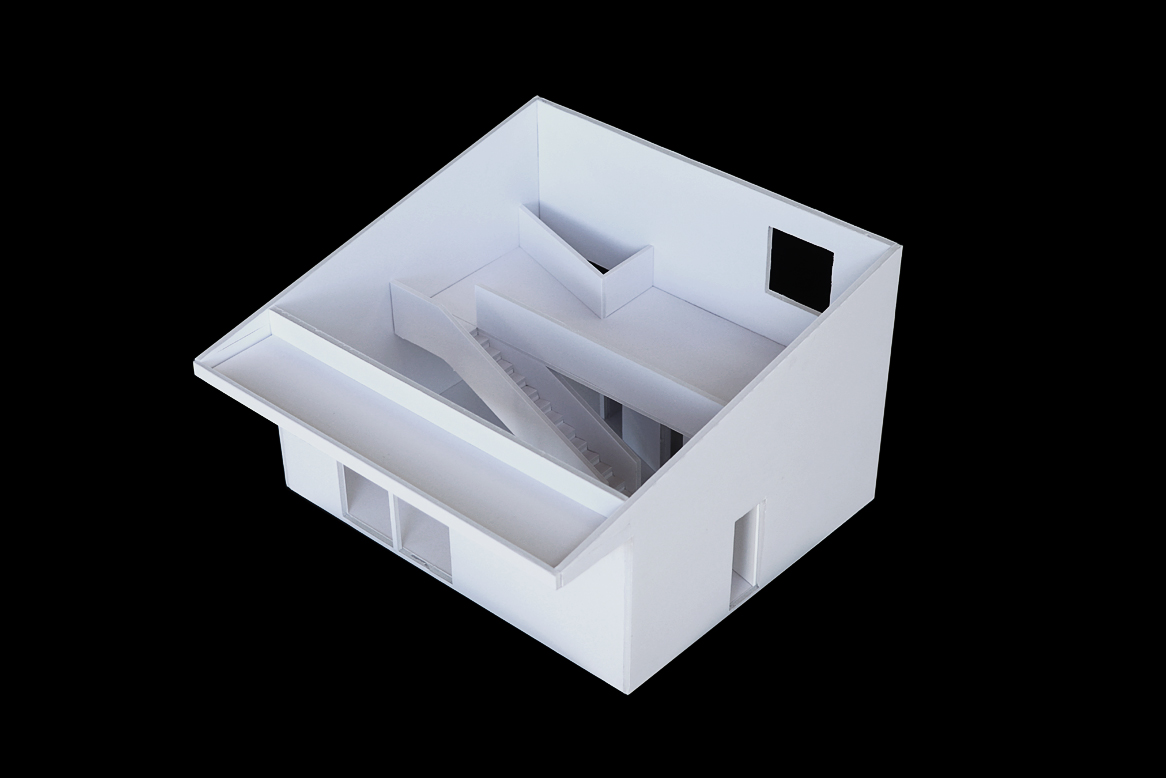 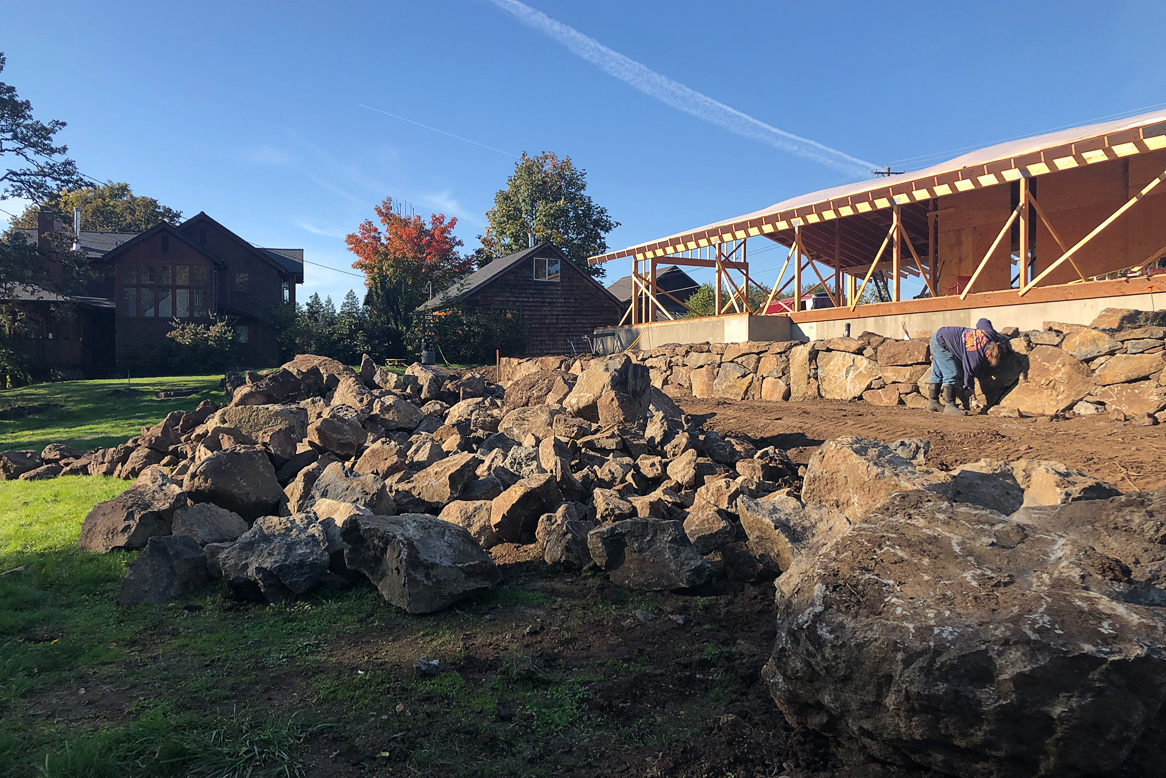 10/11/19: Framing at the Divine House is underway. The long volume of the main living area (pictured) enjoys unobstructed, panoramic views of the grounds and the McKenzie River below. 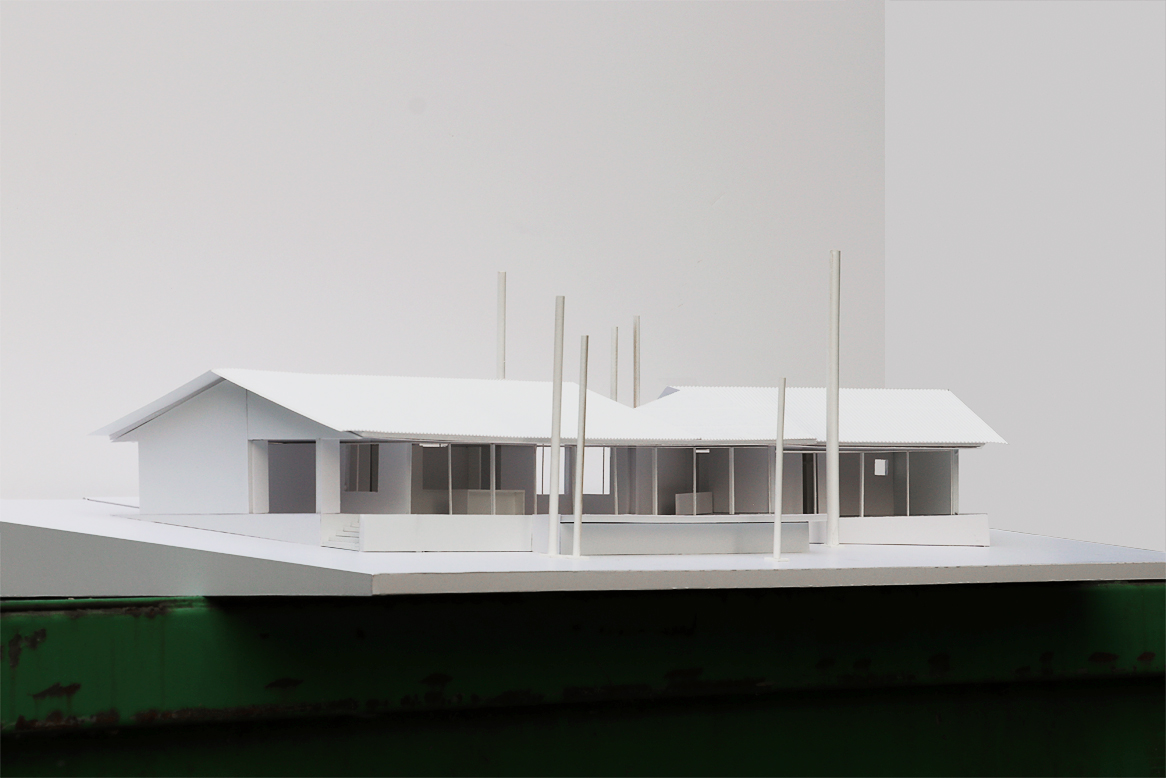 1/28/19: We have started to prepare construction documents for the Divine House. The low-slung, pitched roof structure features deep overhangs and an expansive deck overlooking the McKenzie River. Construction is scheduled for late spring. 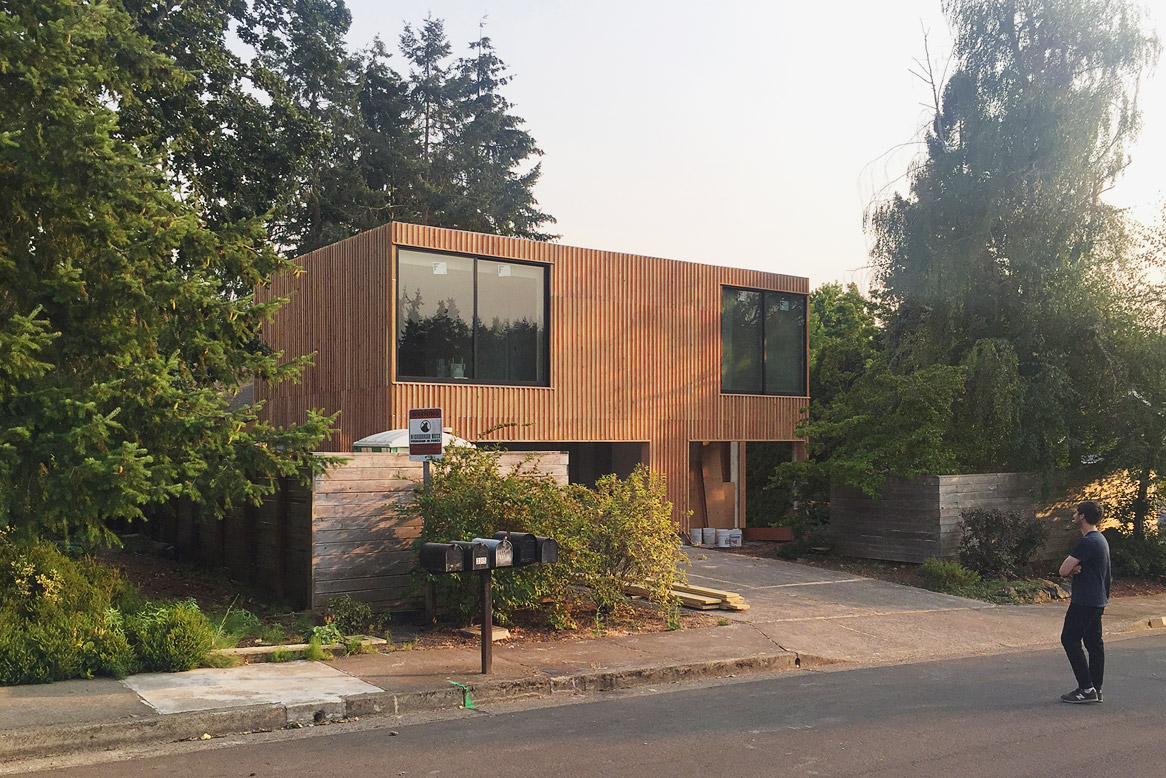 9/10/18: Construction of the Shelton House is nearing completion. The residence, which is part new addition, part renovation, uses a series of cuts and openings to unite new work and existing conditions. The richness and cohesion of the resulting spaces belies the straightforward nature of the project brief.

The Josef Albers’s Exhibition received the 2017 Honor Award for a Small Project from the American Institute of Architects Portland and a Citation Award in 2018 from the AIA Northwest and Pacific Region.

8/22/14: We have completed schematic design for the Alberta House in NE Portland. The project reappropriates an existing bungalow as a ground level apartment and adds a new single family residence above.

4/1/2014: We have completed schematic design for the West Linn House. Using the module of the typical garage bay, the project is organized into a series of flexible spaces that anticipate a new and more ambiguous relationship between the garage and house.

11/3/2013: Construction of the The Envoy apartment in Portland, Oregon is complete. The renovation in the historic apartment building plays a series of modern alterations against restored details and finishes.

Landry Smith Architect is a conceptually driven office operating in architecture and urbanism. We approach projects from a broad cultural vantage, focusing our efforts in a direct manner on form, space, and their ultimate social potential. We are most interested in the opportunities afforded by precise decision making and the fundamentals of the architectural discipline to achieve maximum effect. This strategy aims to produce work that is at once essential and open ended.

Landry Smith (AIA, NCARB) grew up in Portland, Oregon. He received both his Bachelor of Arts and Master of Architecture from Princeton University where he was awarded the Tilton Prize in Fine Arts, the Irma Seitz Prize in Modern Art, the Butler Traveling Fellowship, and the Suzanne Kolarik Underwood Thesis Prize.

Prior to establishing Landry Smith Architect, he worked in New York City for Architecture Research Office, Guy Nordenson and Associates, Rafi Segal Architecture Urbanism, and Andrew Berman Architect. He played key roles in numerous high profile projects including: the South Galleries at MoMA PS1, the Barry X Ball Studio Complex, The National Opera Center, the Hillhouse Avenue Bridges at Yale University, and the Kitgum Peace Museum and Archive in Uganda. Landry also took part in both MoMA PS1 Architect-in-Residence Programs— Rising Currents: Projects for New York’s Waterfront (led by Architecture Research Office and dlandstudio) and Foreclosed: Rehousing the American Dream (led by Jeanne Gang). These visionary proposals were on exhibition at The Museum of Modern Art in New York in 2010 and 2012.

Landry has taught at Princeton University, Parsons School of Design, NJIT, and the University at Buffalo and has been a guest critic at numerous institutions including: Harvard, Columbia, Cornell, Penn, RISD, Carnegie Mellon, TU Dresden, the Institute for Architecture and Urban Studies, Portland State, and Pratt. From 2014 to 2019 he coordinated the first and second year core design studios at the University of Oregon in addition to leading numerous upper level undergraduate and graduate studios.

Landry is a member of the American Institute of Architects, NCARB Certified, and a Registered Architect in New York, Oregon, and Washington.